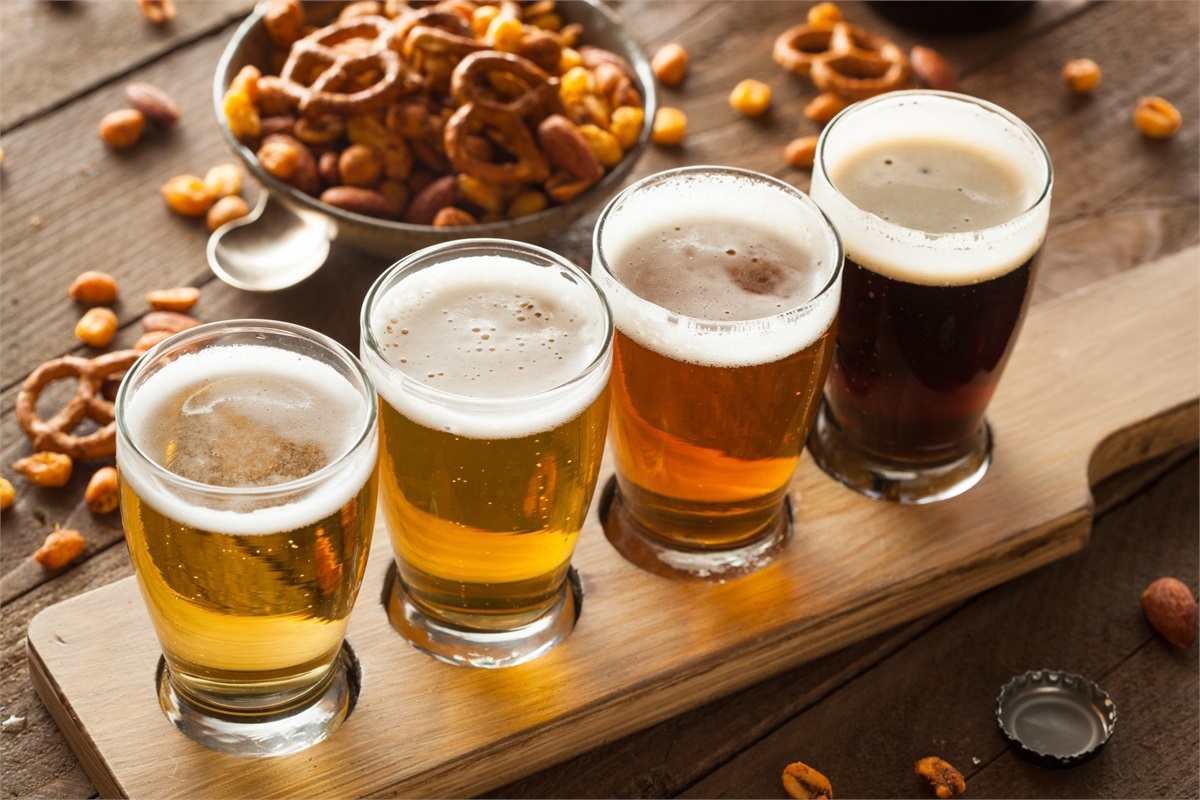 Various picturesque images come to mind when our home base Vermont is brought up in conversation: fall foliage, ski slopes, flourishing farms, sweet syrup, blossoming breweries. Breweries, as in beer? That’s right, a lot of tourists and locals alike now associate the Green Mountain State with craft brews- some even call VT “The Napa Valley of Beer.”

Beer becoming a part of Vermont’s culture isn’t happening simply because there’s not much else to do in slow-paced New England besides . Just like other beverages and foods this area is known for, such as dairy and maple products, Vermonters take a lot of pride in the quality of their goods and the processes it takes to get them to the top. “The top” isn’t an exaggeration either: one VT beer, Heady Topper produced by The Alchemist, has scored a perfect 5 on BeerAdvocate, an online beer community/publication. This means that BeerAdvocate readers have claimed that Heady Topper is the best beer in the world, and even though it has some contenders that come and go on the chart, the brew stays within the top ten on a consistent basis.

Vermont Brewers Association’s website proclaims, “Vermonters have a deep respect for what’s genuine, and an aversion to anything that falls short… In Vermont, our search for the perfect pint is fueled by a passionate and inquisitive spirit. We explore further and dig deeper. All so that we can create a beer unlike anyone else.”

This mindset has attracted attention over and over again. The simplicity and sincerity oozing from this state people here, to visit and sometimes to stay. Brewery tours are just one of the newer adventures out of many that these mountains have to offer.

Are you looking adventure down a beer trail? With Vermont Brewers Association membership size being over 50 at this point, there are plenty of spots to choose from. So, why pick just one brewery when in VT?

We recommend starting just outside of our capital, Montpelier. Nearby Waterbury was named the Best Beer Town in New England by the Boston Globe in 2012. This probably had something to do with the fact that you can get Heady Topper there. Waterbury is also home to the popular Prohibition Pig. The Alchemist is located in neighboring Stowe, as well as von Trapp Brewing. Yes, it is named after THAT family.

From there, you’re going to want to keep going northwest, towards the ever booming Burlington. There are numerous breweries in the city and surrounding area, including Zero Gravity, which gained a lot of new attention during the 2016 presidential campaign when it rolled out a brew named Bernie Weisse in honor of Bernie Sanders. Even craft beer novices might recognize names like Switchback and Magic Hat, both of which have breweries in the Burlington area, or Harpoon and Long Trail, which are in more central locations in Vermont.

The opportunities are nearly endless. Whether you’re looking to visit a brewery with a familiar company name, or you're looking to try something new produced by a small business, you can when in VT. For almost ten years, we’ve had the most breweries per capita out of many, if not all, of the other states. There’s approximately one brewery for every 24,000 people here. Vermont Brewers Association estimated that in 2016 craft beer totaled $376.7 million in overall economic impact and supported nearly 1,900 jobs.

Given this information, Vermonters can’t escape craft beer culture, although who would want to? Tourists are also now in the know and they often add breweries to their sightseeing agendas. Beer aficionados travel from the farthest reaches of New England, and sometimes even beyond, to get their hands on some Alchemist beer that is only released at certain times and places, in limited quantities. The press has even caught and written pieces about VT becoming the “Napa Valley of beer.

But we are no Napa Valley, although you’ll find plenty of craft brewery connoisseurs here, some rivaling California wine lovers in snobbiness. We don’t have the perfect conditions for the perfect grapes that will make the perfect wine. We do grow great hops, but so do many other states and countries. Sure we make a mean IPA, but so does the West Coast. Many that East Coast IPAs use spicier hops and have a maltier overall flavor. Some even credit VT with the invention of “New England IPAs.” People find the IPAs made here to be more floral and citrusy, less piney and hoppy. But that doesn’t have as much to do with what ingredients are in the beers and where the breweries got them from as you might think.

It all comes back to the time, effort, and love put into these craft brews; the thorough recipes and the careful following of them. Theoretically, Vermont style IPAs could be made outside of New England. The VT lifestyle and the values held by the people who work here have a lot to do with why our products are so delicious. We were the first state to have a certified organic brewery and have multiple non-GMO breweries today. The views from our roads can be breathtaking, and none are impeded by billboards, making long drives for craft beers bearable and often enjoyable. Our brewers care more about their names and reputations than big companies and mass production. It is all of these factors that push Vermont craft beers past the delicious threshold and into the world-class category.

Read now: Five of the most important things to consider when preparing for retirement.