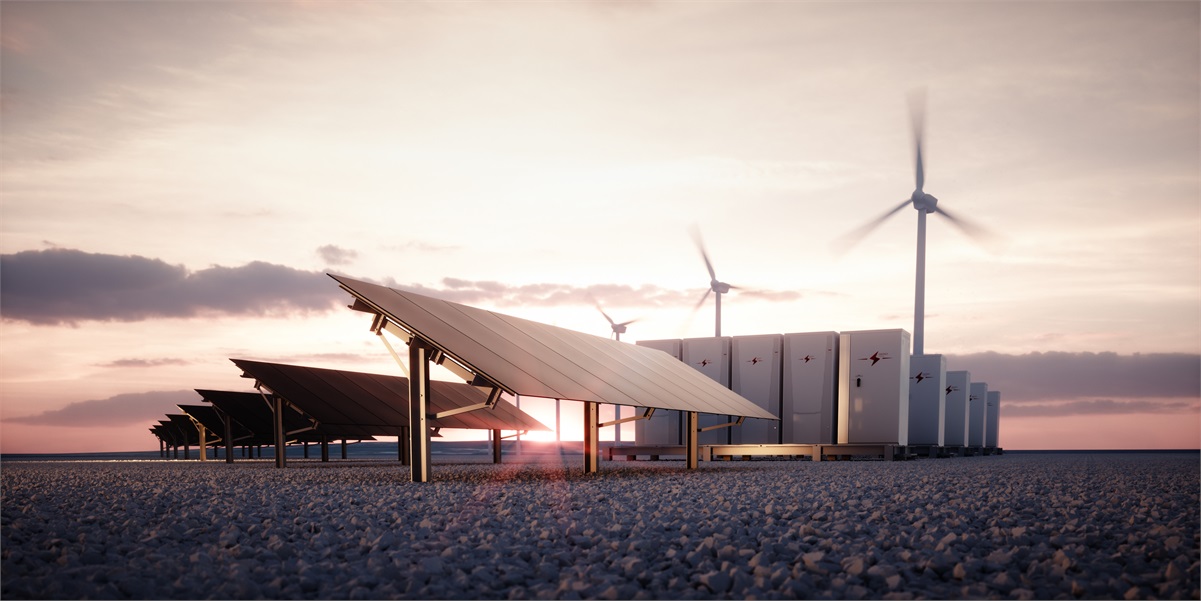 The renewable energy industry continues to thrive. Wind, solar, hydroelectric, geothermal, and bioenergy are all more popular than ever. In fact, according to a 2019 report from the Federal Energy Regulatory Commission, electrical energy generation by renewables has surpassed coal with 1,545 MW generated by wind, 1,473 MW generated by solar, and 29 MW being produced by hydropower. This is great news not only for those who make an effort in their personal lives to fight against climate change, but also for those who reflect these values in their investments.

According to the Solar Energy Industries Association, the solar market in the United States is expected to double in size by 2023, becoming a $4.5 billion market by that time. The more renewable energy (such as solar power) becomes commonplace, the more we’re learning about where improvements can be made that will help this growth to continue. For example, solar energy storage.

Why do solar energy systems benefit from the addition of a storage device?

It can be difficult to use exclusively renewable energy to consistently power a home, much less anything bigger than a singular house. The main reason for this is the unpredictability of the weather that humans have been bemoaning for centuries. Despite how much some of us may want it to be, it cannot be sunny all the time, which means if you’re powering your home with solar energy that’s just not going to work somedays. This is why it’s important to pair your renewable energy source with a storage device.

What is a solar storage device?

Batteries are the most common devices used for solar energy storage. As the demand for these batteries has increased, more and more organizations have been developing and manufacturing different versions of them. There are a variety of businesses involved in this market, from companies that specialize in renewable energy storage specifically (such as Northern Reliability) to automotive companies (such as Tesla). The popularity of electric vehicles is actually part of what has contributed to the rising need for renewable energy storage because this is how the vehicles are recharged. Although Tesla is an industry leader with their Powerwall battery, Mercedes-Benz and BMW also sell similar products. Batteries used in home energy storage are typically made with one of three chemical compositions: lithium ion, lead acid, and saltwater.

How do these solar storage devices work?

Traditional power plants tie directly into the grid and regulate power loads based on demand. Solar energy systems, however, do not create power that can be regulated efficiently when the systems are functioning on their own because solar power cannot be produced in a consistent manner. These systems are made up of panels that collect energy from the sun and turn it into electricity, which is passed through an inverter and converted into a form that is usable for powering homes and other buildings. Many residential solar energy systems are connected to the grid as well. This helps with regulation because when a home needs more electricity than the solar panels are producing, power can instead be drawn from the grid. On the other hand, when the solar panels are producing more electricity than a home needs, the excess is fed back into the grid.

However, a lot of people use solar power in the hopes of living a life that is more, if not completely, off-the-grid. This is where batteries come in. They can store extra solar power gleaned on a nice day for later use instead of sending it back to the grid. When solar panels are producing extra electricity, that excess energy goes towards charging the battery. Then, when it’s cloudy or the sun sets, energy can be drawn from the charged battery. This way, the home can be more renewable energy sufficient. Even if the system is still connected to the grid, the focus can now be on exclusively sending back electricity (after your battery is fully charged) which helps from a sustainability perspective because the grid is being provided with some renewable energy.

Another way that solar batteries help with sustainability is by serving as short-term backup power during an outage. This allows people to stop using traditional diesel-powered generators. Homeowners actually don’t even need solar panels to capitalize on this as small-scale energy storage can also be charged with electricity from the grid, which is then stored in case of an outage.

The thing is, the more renewable energy is used on a global scale for a variety of reasons, the more the demand for storage will increase. This is why the use of renewable energy storage devices is becoming common on both the residential and grid-wide scale. According to the University of Michigan, global installed energy storage totaled 155.8 GW in 2018 and this number continues to rise. Advances in technology and the variety of storage solutions becoming available are making their use more viable and affordable than ever before. GTM Research and the Energy Storage Association expect that energy storage technologies will become a $2.5 billion market in the United States by the end of this year.

A lot of this growth has to do with solar batteries not just being utilized by homeowners, but also used at a larger scale. The entire electricity grid can benefit from energy storage technologies being installed at power plants because electric utilities and grid operators would more easily be able to manage the flow of electricity coming in and out from renewable resources. Part of their job is ensuring that there is just enough electricity on the grid to meet demand. If there’s too little, or even too much electricity, in the system at a given moment, blackouts are likely to occur. Because renewable energy is being put into the grid at relatively unpredictable levels and times, this is a more complex task than ever. However, it’s a task worth mastering because the more renewable energy resources being integrated into the electricity mix, the better for the environment. Because concern for the environment continues to rise, and people seek out renewable energy as a partial solution, the storage industry will continue to grow as well.